Prominently located on Paulista Avenue, Japan House São Paulo was designed by an eminent Japanese architect Kengo Kuma. It holds a facade of 70-year-old hinoki, Japanese cypress, and mesh covered with handmade washi paper, allowing visitors to feel the fine touch of traditional Japanese techniques. Since its opening in April 2017, Japan House São Paulo has reached 2 million visitors as of February 2020, and it has become one of the major cultural facilities in the city. 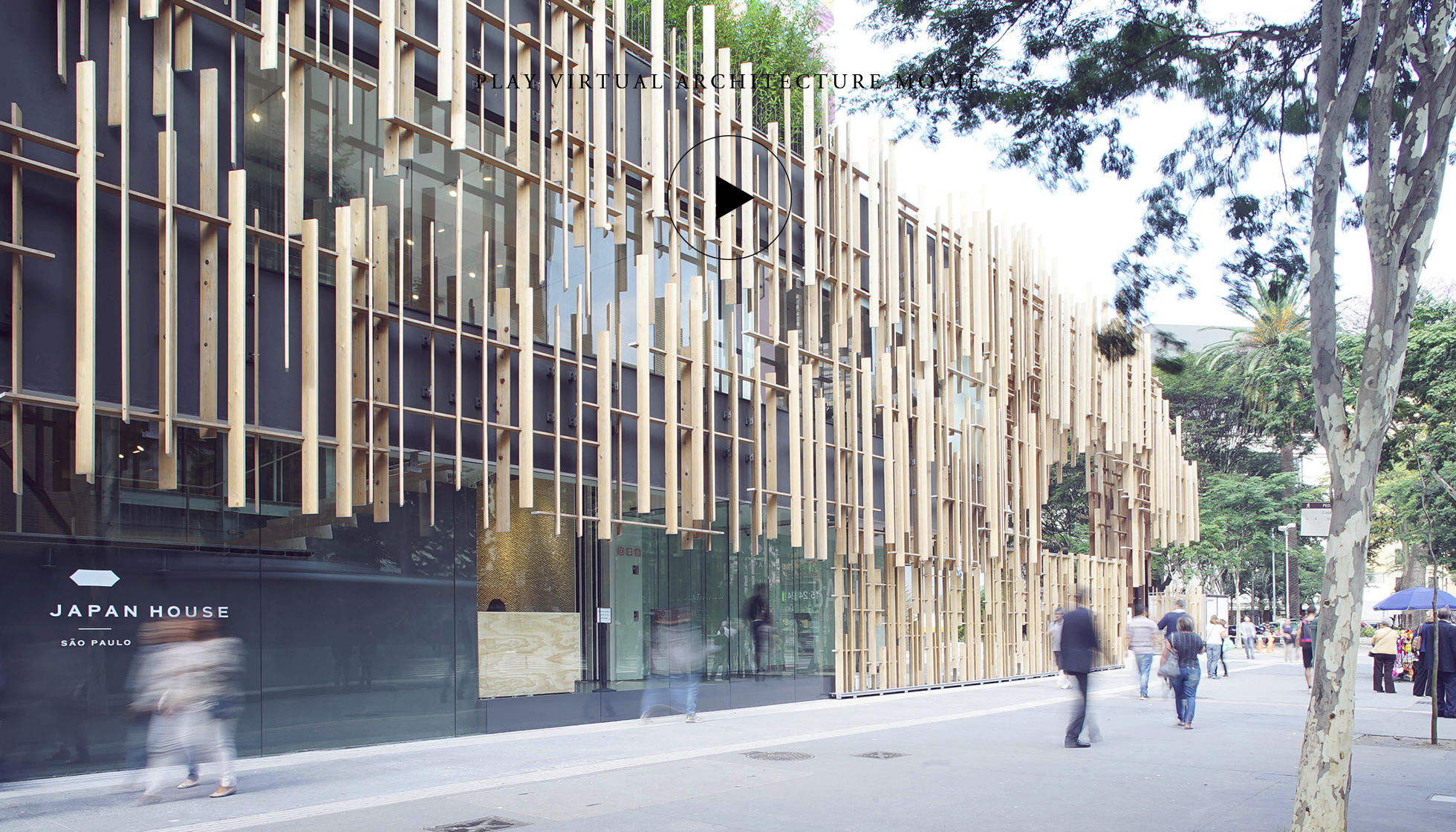